The World is Just a Book Away 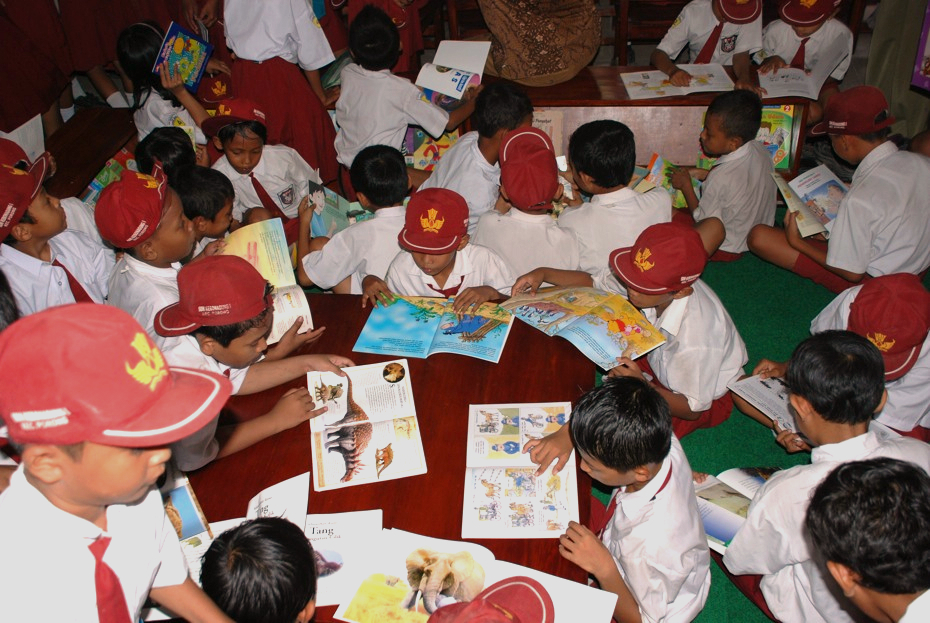 Riz is an Advisory Board Member for The World is Just a Book Away, an organization dedicated to transforming a generation of young people into leaders for the future. The World is Just a Book Away — affectionately known as WIJABA — aims to achieve its goals by providing children across the globe with the tools necessary to effect change in their own lives and in the world at large: namely, literacy and education.

In November 2008, Riz met a Professor from University of Southern California by the name of James Owens, who told him about a mission he had undertaken to change the lives of young children in severely underprivileged parts of the world. Starting with remote parts of Indonesia, James had start scraping together money from anywhere he could – much of it from his own modest resources – to build libraries and stock them with books. To the kids in these impoverished areas, they were heaven. James had started The World is Just a Book Away to build these little literary refuges for these children in the hopes of inspiring them with the power of language and literature.

By making literacy its primary tool for change, WIJABA has been able to bring over 50,000 books in over 75 libraries to tens of thousands of children worldwide. WIJABA’s libraries come fully equipped library with programmatic activities, and double as community centers around which neighborhoods and regions can rally, providing them with essential meeting spaces that help those communities thrive.

At WIJABA, literacy is seen as the gateway to a bevy of increasingly important traits for the next generation of leaders to embody: from environmental consciousness to community development, the values that WIJABA emphasizes will surely secure a brighter future for its participants and all they touch.

“When I saw the bright smiles that books could put on their faces, I couldn’t help but be moved; so began my support of WIJABA. I promised I would put part of any profit I made from writing into the work of WIJABA. I encourage others to check out this wonderful organization and how much good it has achieved – and continues to achieve.”
- Riz Khan

Click on to learn more about The World is Just a Book Away!